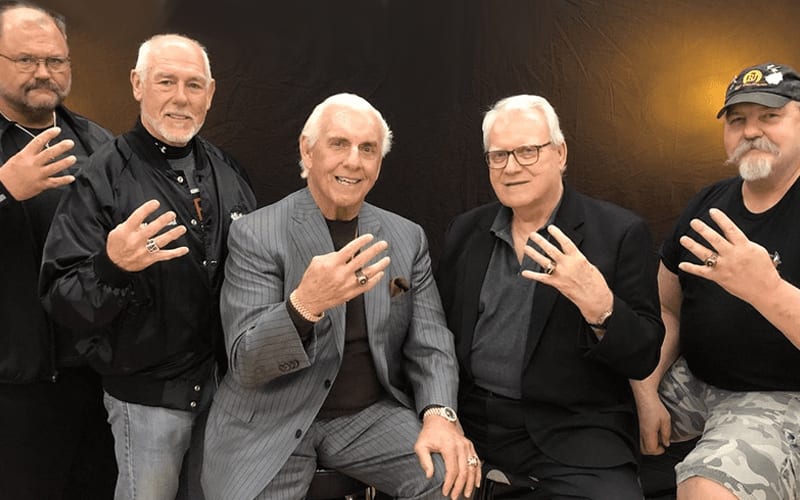 AEW has teased the idea of introducing a Four Horsemen faction for a bit, but there is some issue with their plan. Notre Dame is causing some problems for Arn Anderson, who really wants to retain ownership of that famous trademark.

It was noted in the Wrestling Observer Newsletter that Arn Anderson is trying to get the Four Horsemen trademark. It wasn’t stated that the intention is to use it on AEW programming, but the teases have been plentiful already.

Many are under the impression that if a Four Horsemen faction starts in AEW it will include Cody Rhodes, FTR, and Shawn Spears. Tully Blanchard and Arn Anderson, two of the orginal Horsemen, are connected with those acts.

The issue comes from Notre Dame University because a group of players on Coach Rockne’s 1924 team were known as the Four Horsemen. Harry Stuhldreher, Don Miller, Jim Crowley, and Elmer Layden comprised that football faction.

The name comes from Four Horsemen of the Apocalypse, a term from the Bible, but the issue is giving Arn Anderson some issues acquiring the trademark. Hopefully, they can get this situation figured out soon.

Even Ric Flair has spoken out in the past, and he gave his blessing to AEW using the Four Horsemen name.