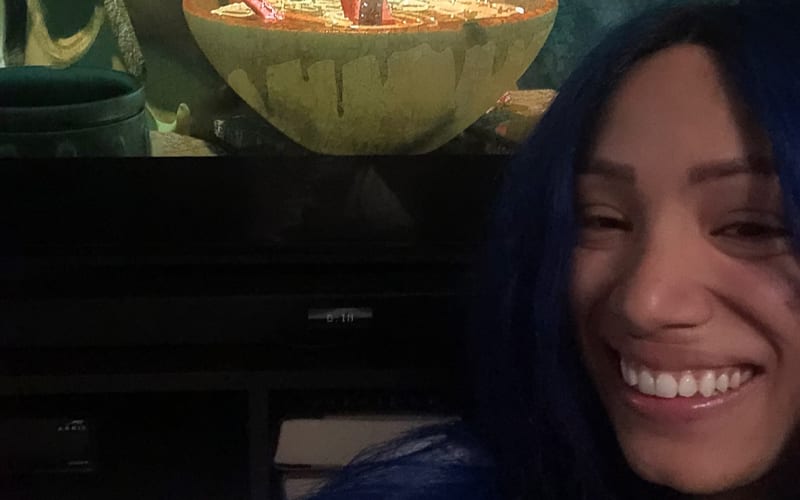 Sasha Banks filmed something in secret while she was on WWE hiatus, and she can’t wait for everyone to see her in a new role.

Star Wars’ The Mandalorian’s second season debuted on Disney+ recently, and it’s time to see Sasha Banks in a galaxy far, far away.

Banks posted a selfie in front of the television as the opening credits for her episode played. She quickly jumped in front of her own camera to share a smiling photo with the world as her credit played.