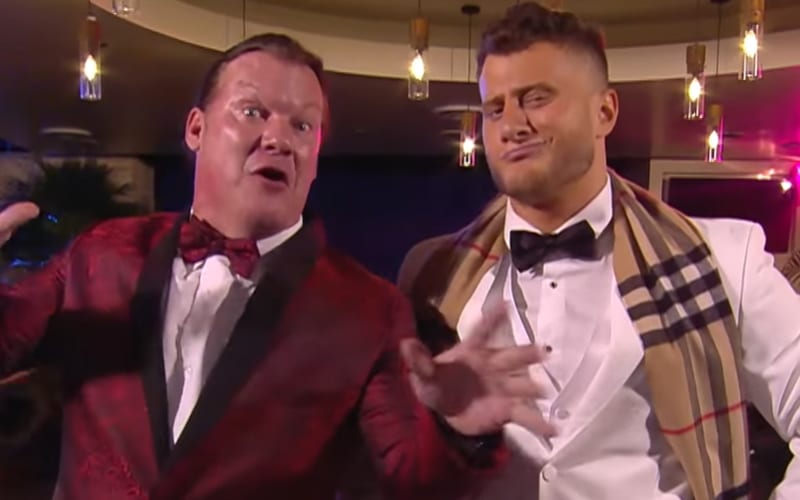 Chris Jericho and MJF’s Le Dinner Debonair segment was a musical angle unlike anything that pro wrestling fans had ever seen before. Jericho was happy to announce that their “experiment” worked, but did it really?

The Le Dinner Debonair segment defeated NXT that week by 69,000 viewers, but it was a dip in overall viewership for Dynamite that night. As noted in the Wrestling Observer Newsletter, the segment “actually didn’t do all that great.”

AEW’s audience did come back in much larger numbers for the main event, “which would indicate people saying they turned it off and are never coming back were not representative of anything significant.”

It was noted that the minute-by-minute analysis for the Le Dinner Debonair segment was lower than the show’s overall average. The next week’s segment with MJF and Chris Jericho’s Town Hall did do much better and was noted as “a big success” when it came to viewership. The Town Hall Segment was actually “the most successful segment on either show that night.”

Tony Khan stated that if AEW does another segment like Le Dinner Debonair, then it will likely take place in the ring. AEW fans seem to watch in greater numbers if there is a ring involved in the segment as opposed to pre-taped angles that take place elsewhere.