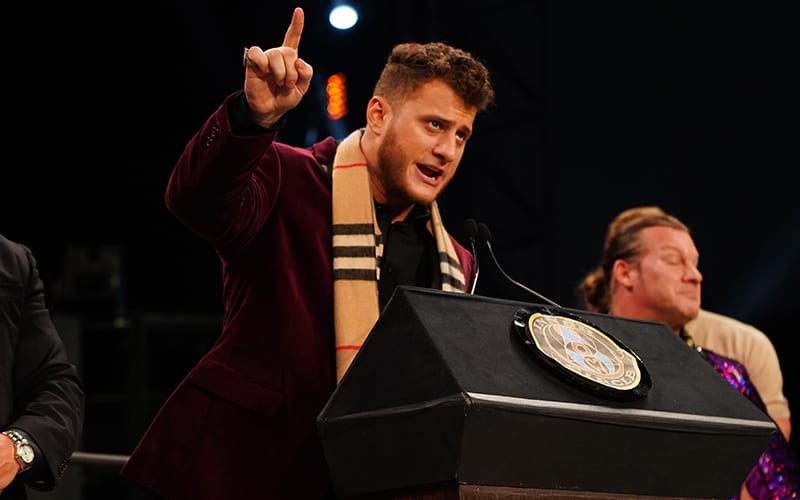 MJF’s big induction into the Inner Circle was complete with balloons falling from the rafters, but they never made it to the ring. Florida weather had other plans.

Maffew, of Botchamania fame, tweeted out a video of MJF’s balloon fiasco. This was a funny little clip, especially because he added subtitles for the commentary team.

“I didn’t notice this amazing balloon moment from Dynamite,” Maffew tweeted out as a caption to his video. MJF saw this media on Twitter, and he had to comment. Apparently, it was 100% a part of his master plan to spread the word of Jericho.

I’m sorry sir but i wanted the balloons to go out of daily’s place and into the streets so everyone would be aware of CJ’s greatness.

Today Maffew (if that is your real name)….you have botched.

MJF was able to turn the tables on Mr. Botchamania himself. Of course, those balloons were meant to fall in the ring, but it still created a memorable moment.

The Inner Circle is now larger by two members. Sammy Guevara might get a babyface turn along the way, but MJF might not miss him.