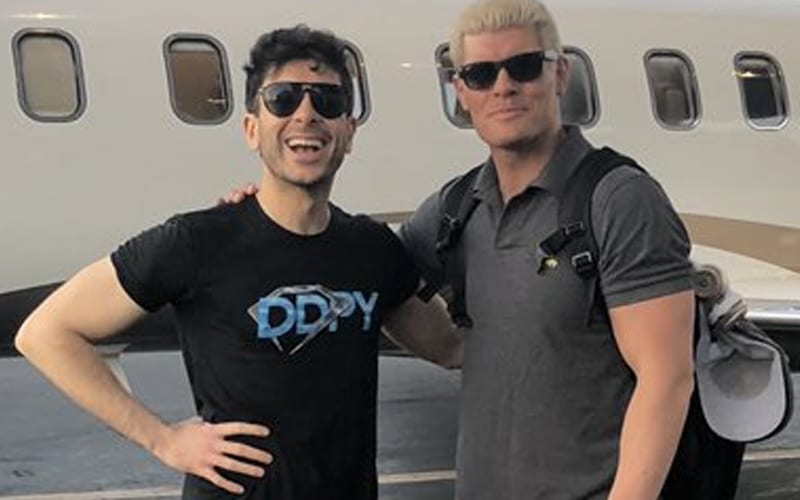 Tony Khan is a thoughtful person who doesn’t really let his emotions get to him. He is pretty collected in most situations, but things were very different during last year’s Fyter Fest.

Cody Rhodes revealed on AEW Unrestricted that the company fired the man responsible for creating that gimmicked chair Shawn Spears used to bust Cody open. Tony Khan was very upset about this, and he wasn’t alone.

“The thing that gets talked about a lot and it’s safe to talk about now is the ‘gimmicked’ chair with Shawn Spears and how terribly wrong it all went. I actually told him last night. I told Ronnie, which is Shawn’s real name. I had told him it’s entirely my fault what happened. The whole thing is my fault. I did not have a concussion, but I definitely was shell-shocked.”

“When I came back and Steve Yu and all the Comeback Studio guys were filming, they were filming a very real moment, but I saw out of the corner of my eyes as I headed for the training room, Moxley and Tony Khan just ripping Spears to shreds. I hadn’t seen that side of the the owner, the founder, the chief [and] the boss Tony, and I hadn’t seen that side of Moxley. Some days, he says one half a word to you. Other days, he’s talking your ear off.”

“It was cool to see that because he cared about my health, and he cared about the product. And I could see him pantomiming to Spears on how he was supposed to do it, Tony’s agreeing because you’ve got a wrestler, he’s clearly got to be right, but he’s wrong. I really appreciated that he cared about me.”

Cody Rhodes later smoothed everything out because he was the one who told Shawn Spears to “swing for the fences.” Spears got a nickname out of the situation as he was briefly dubbed “AEW’s Chairman,” but he still got an earful from Tony Khan and Jon Moxley in the process.