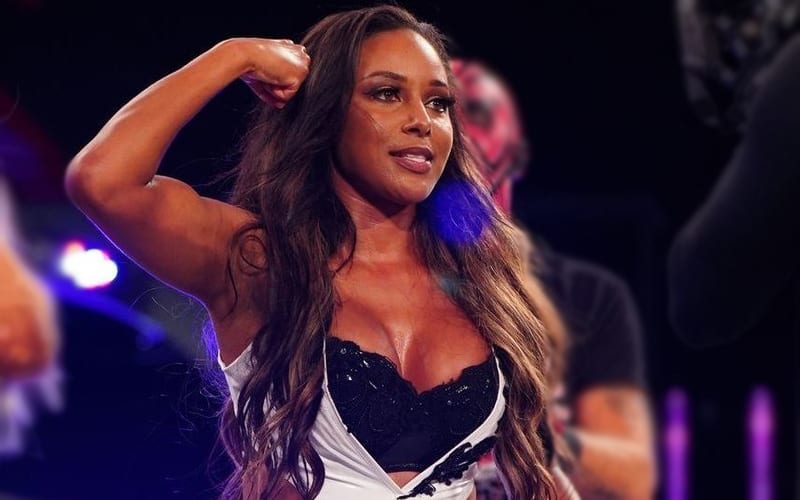 AEW has some big plans for the remainder of 2020, and their Chief Brand Officer will be involved in a few of those television storylines. The company still has plans for Brandi Rhodes to battle with the Dark Order, but it might be a slower build.

During Wrestling Observer Radio, Dave Meltzer brought up an angle that AEW is planning for Brandi Rhodes. She was in Red Velvet’s corner this week on Dynamite as Velvet battled Tay Conti. The Dark Order’s Anna Jay was in Conti’s corner, and she tried to get her to cheat.

In the end, Conti scored the win, but the story is far from over for Brandi Rhodes and Anna Jay.

“Brandi’s in Red Velvet’s corner, I mean they’re building Brandi and Anna Jay. They were doing it in video packages. I don’t know when it’s going to happen, but they’re back to that.”

Brandi Rhodes was also involved in Cody’s segment with Jade Cargill. It seems that AEW has a lot in store, and they are going to eventually get to everything. The rest of 2020 might be a busy time in the ring for Brandi Rhodes.