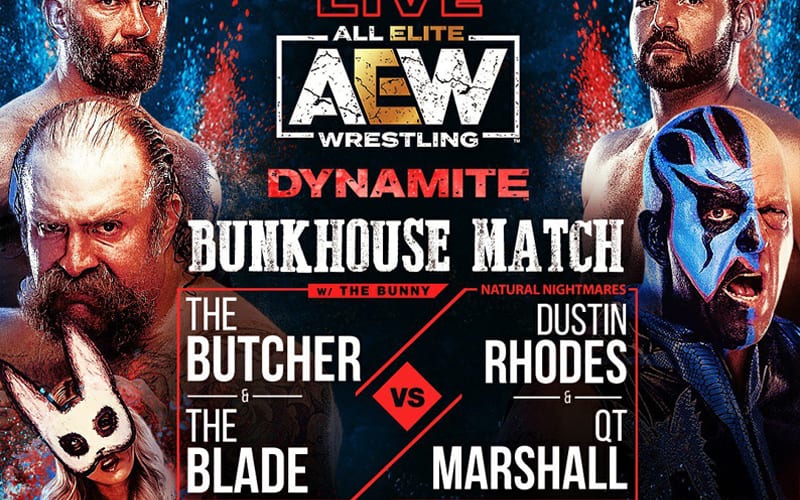 AEW Dynamite will bring the fallout after Full Gear. Eddie Kingston was unable to capture the AEW World Title, and MJF beat Le Champion for a spot in the Inner Circle. This should be an eventful episode.

The Natural Nightmares of Dustin Rhodes and QT Marshall will take on The Butcher & The Blade in a Bunkhouse Match. This match didn’t have much build, but it could be very interesting to see that throwback in 2020.

MJF and Wardlow are set to be inducted into the Inner Circle. We’ll have to see how smooth of a transition that is. Brian Cage will face Matt Sydal in singles action as well.

Shawn Spears and Scorpio Sky will have their match that was promoted for last week, but they could not have it. This week there should be no complications prior to the match.

Penta El Zero M will take on Fenix once again this week. Those two brothers could have an amazing match any time, so this is a welcomed addition. Cody Rhodes will also cut a promo after his TNT Title loss at Full Gear.

Tay Conti will battle Red Velvet in singles action. Conti will have Anna Jay of the Dark Order in her corner, and Velvet will have Brandi Rhodes.

You can check out the complete lineup (so far) below: