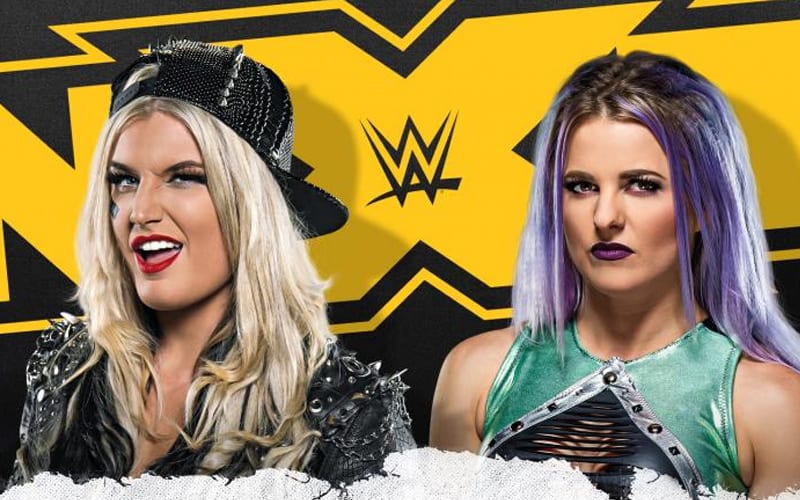 WWE NXT has a big show tonight on the USA Network, and they are likely to present more than advertised.

The NXT Tag Team Titles will be on the line this week. Oney Lorcan and Danny Burch will defend their titles against Breezango.

Xia Li has a chance to prove what she has against the formidable Raquel Gonzalez. Those two will battle in single action.

Another big women’s match will be featured on the show as Toni Storm takes on Candice LeRae. Fans might also finally find out who was assisting LeRae at Halloween Havoc while wearing that Scream mask.

Johnny Gargano will speak as well, and Shotzi Blackheart might want revenge for her destroyed tank. All that and more is slated for tonight. We will have full coverage right here at Ringside News.