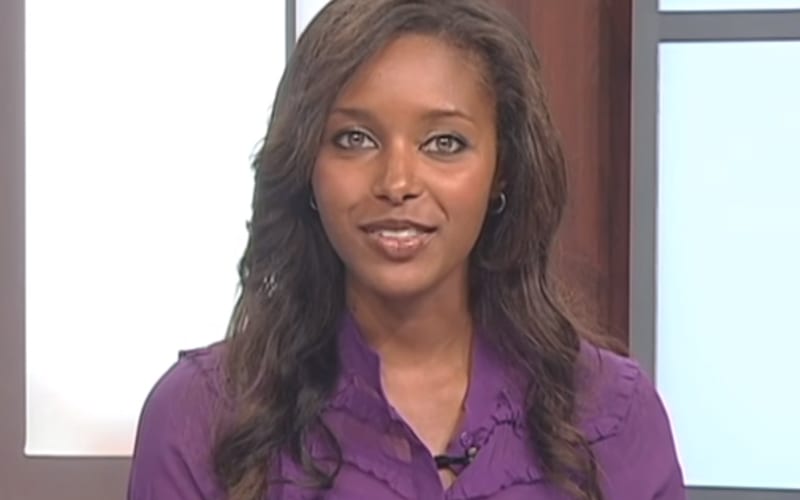 Brandi Rhodes is CBO of AEW, and she is also an in-ring competitor, but that wasn’t always her dream. Rhodes wanted to be in front of the camera, but in a much different capacity.

While speaking to Bleacher Report, Brandi Rhodes opened up about her original goals in broadcasting. She wanted to be a TV reporter, and she moved to Florida to pursue that passion.

After receiving a partial scholarship at the University of Miami she started her studies, but then a scouting call to become a WWE Diva came her way.

“Broadcasting was always my long-term goal. When I was a kid and people would ask me what I wanted to be when I grew up, I would say a TV reporter. I got right into the field and started working as a journalist in Michigan for a while, and unfortunately, I realized I didn’t like it. I was a reporter in Flint, Michigan, and I was outside a home with a dead body on Christmas while my whole family was at home enjoying the holiday, and I thought, ‘I don’t like this. This isn’t what I thought it was going to be.'”

“I moved to Florida and started pursuing entertainment. Then I got wind that the University of Miami had a great broadcast journalism program, so I thought I would take my shot. I did very well and got a partial scholarship there. They turned my attitude about journalism completely around, and I was excited about it again. At that time, somebody was scouting for Divas. I went and watched a show and decided, ‘This is for me, and it’s the direction I’m going to go.'”

Brandi Rhodes might still be on television even if WWE never came around and changed her career path. She would be reading the news instead of making headlines. In the end, things turned out just as they were supposed to for her. On that note, you can check out an old college broadcast from Brandi Rhodes below.