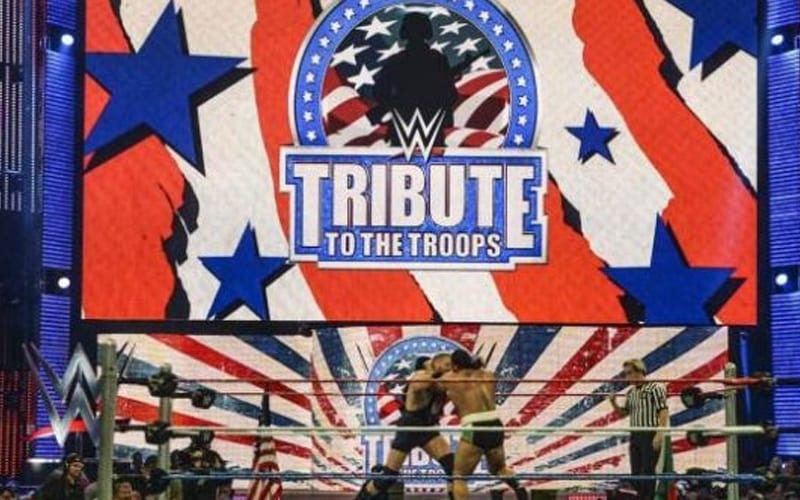 WWE did not air a Tribute To The Troops special last year, but they did hold an event. This year they are bringing back the annual special, and it will air on FOX.

According to PW Insider, WWE plans to announce a return of Tribute To The Troops today. The special will air on Sunday, December 6th.

The event will be recorded from the ThunderDome, and the broadcast time “will vary based on your local market” because of NFL games. It’s unclear if this will be a RAW, SmackDown, or co-branded event.

An official announcement is expected later today which will include more details. It is also unclear how WWE will bring a Tribute To The Troops theme to the ThunderDome. It’s logical to imagine that they will have servicemen and woman on all of the ThunderDome screens.

On that note, Happy Veterans Day from everyone here at Ringside News!