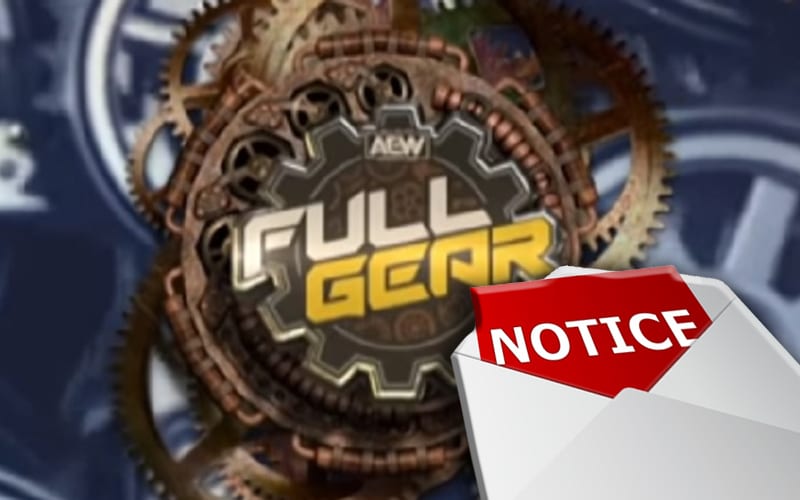 AEW Full Gear was a big night of pro wrestling from Daily’s Place, but it’s hard to keep everything hidden inside an open-air amphitheater. The company really tried their hardest.

According to Fightful Select, “numerous” fans at the football game near Daily’s Place were able to get first looks at the Full Gear set. They snapped photos and put them online as well.

AEW tried to get those photos taken down. They sent requests to any photo they saw of the Full Gear set in an attempt to remedy the situation.

There were some associated with AEW requesting that photos of the set that emerged online prior to the show be removed.

The company obviously didn’t want any leaked images to spoil the excitement for fans when they turned on the Full Gear Buy-In. It’s unclear if anything else was captured in those photos that shouldn’t be seen like rehearsals or other such production activities.

As soon as the Full Gear event was over, AEW’s ring crew got to work dismantling the entire ring. This should answer any questions as to whether AEW simply leaves their ring standing in Daily’s Place in between tapings.