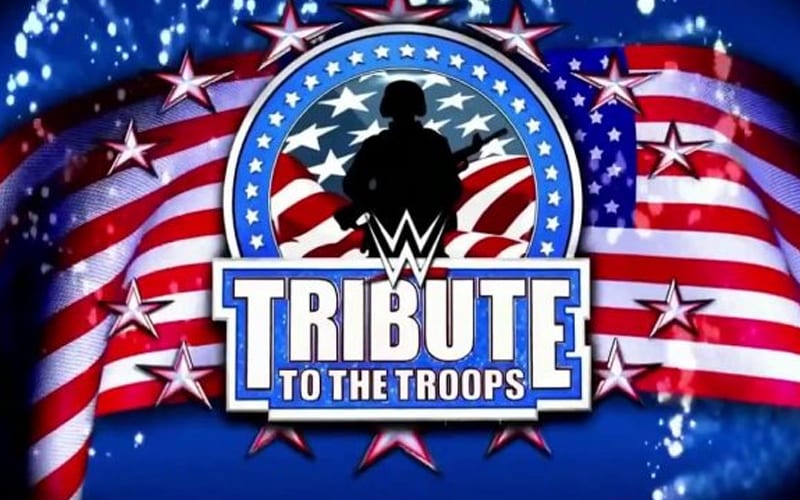 WWE held a Tribute To The Troops event last year, but they didn’t air it on television. There is now internal talk about brining the event back as a special.

According to PW Insider, there is currently talk within the company about airing another Tribute To The Troops special. This talk started over the last week.

The company aired Tribute The Troops specials from 2003 to 2018, but they skipped last year despite holding an event. There is no word on where WWE might be allowed to hold such a special considering the current pandemic situation.

WWE has held Tribute To The Troops events domestically and overseas. They have set up their ring in Afghanistan and Iraq. Other years they picked bases within the United States.

We will continue monitoring this ongoing situation. Tribute To The Troops events have been Christmastime specials in the past. They will have to get things in motion in a hurry to make this year’s deadline.