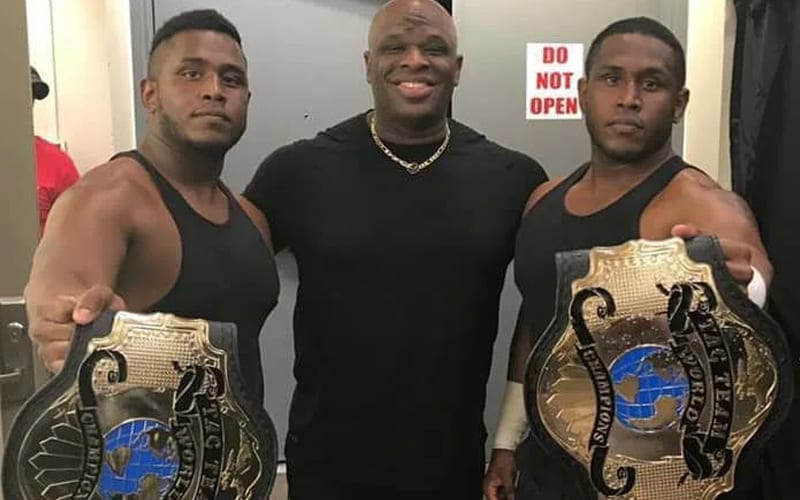 D-Von Dudley’s legacy in pro wrestling is continuing through his sons, and this week they will get an amazing opportunity as TNT will debut on AEW.

Terrence and Terrell Hughes, better known as TNT, will make their AEW in-ring debuts on AEW Dark this week. The second generation twin wrestlers were trained by their father.

TNT will take on Luther and Serpentico in tag team action. We’ll have to see how they do in their debuts, but this could just be the first of many appearances for D-Von’s sons in AEW.

Terrence and Terrell appeared with their father on Impact Wrestling years ago. This isn’t the first time they’ve received a spotlight, but it will be a huge opportunity for them to wrestle in Daily’s Place.