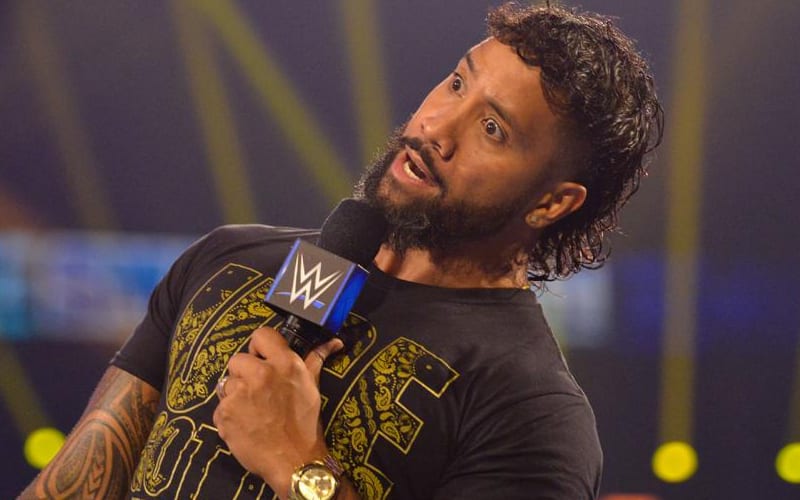 Jey Uso received a brand new opportunity in WWE as he stepped up to Roman Reigns to challenge his Tribal Chief cousin. Now he is involved in one of the top storylines on SmackDown, but there are still detractors.

While speaking to Kayla Braxton, Jey Uso called his current situation with Roman Reigns “a double-edged sword.” He is getting a better spotlight with the company, but there are also a lot of people who simply don’t believe he can handle the spot.

“It’s like a double-edged sword, you know, I’m in that position trying to fight from under and you got the whole world saying I don’t belong there. You got the whole world talking a whole bunch of crap like I’m not the guy supposed to be running with this thing and now we give the world what they want to see and now the whole world [says], ‘oh, why you do that? Why you do that?’ Man, y’all don’t know what the hell you want, but I know I gotta do what I need to do to provide for my family.”

The plan is to elevate the Usos with their current storyline. They are off to a great start so far, even while Jimmy Uso is injured. We’ll have to see where everything is headed in this angle, but some fans might still need additional convincing before they consider Jey and Jimmy Uso as more than a tag team act.

Join @kaylabraxtonwwe as she’s joined by @uceyjucey who speaks for the first time since his brutal attack on Daniel Bryan last week on Friday Night Smackdown.