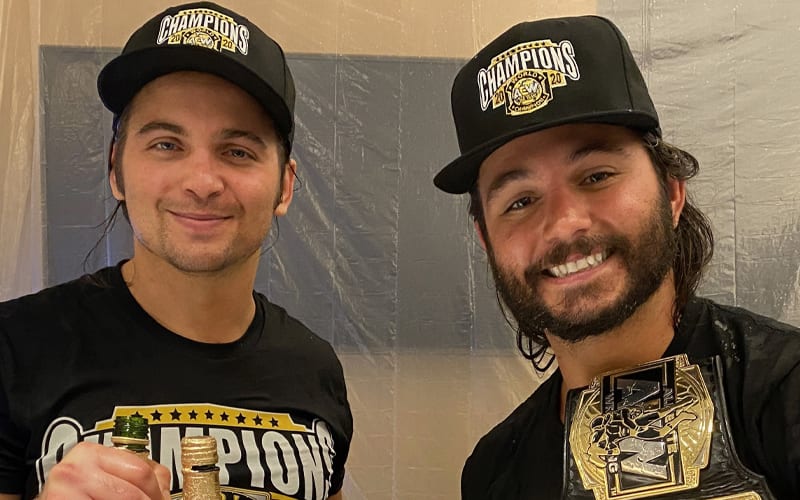 The Young Bucks celebrated their first AEW Tag Team Title win at Full Gear. It was a tough match, and one of the best in the company’s history. Nick and Matt Jackson defeated FTR and became the champions. There was lots to be happy about when everything was said and done.

Click here for our complete coverage of AEW Full Gear

The Young Bucks do not drink alcohol. They did crack open a couple bottles of their own kind of bubbly to celebrate their win. They went with Welch’s sparkling grape juice, and it was still quite a happy moment for them.

“#AndNew AEW Tag Team Champions,” was the only caption they needed. The smiles on their faces signified a job well done. They also had nice new AEW Champions hats to wear.

Matt Jackson was banged up after that match. He commented on his injury and how hard of a year it’s been for him. They have a lot to be proud of after AEW Full Gear.