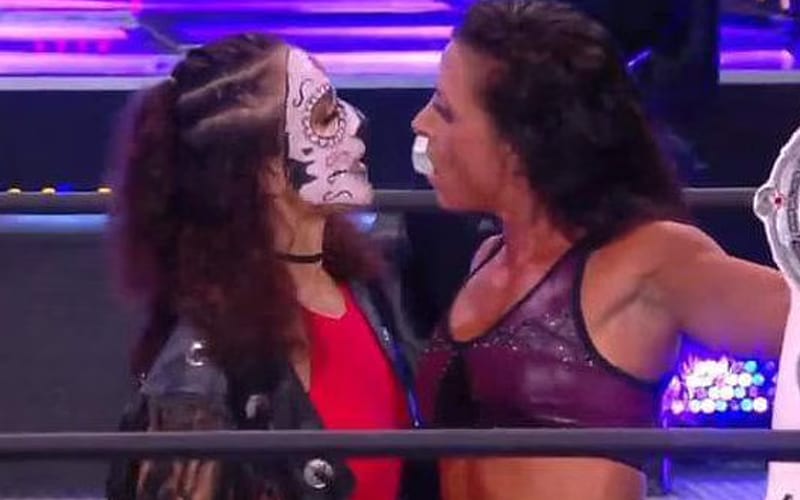 AEW and the NWA have shared women wrestlers in the past few months. Thunder Rosa appeared on AEW programming, and AEW contracted star Serena Deeb is now NWA Women’s Champion. That partnership will only continue growing.

Following AEW Full Gear, Serena Deeb spoke to the media. She successfully defended the NWA Women’s Title during the Buy-In against Allysin Kay. Deeb is very confident in the partnership between AEW and the NWA be as the two companies continue working together.

“As understandable as it is, this cooperation between AEW and the NWA is super powerful and I think it’s gong to change wrestling.”

“From a women’s standpoint I’m really excited about it. The AEW Women’s Roster has such potential, and it keeps growing.”

Deep also said that wrestling different people brings diversity to the ring and helps everyone grow. It is important to create well-rounded wrestlers, and she believes that is going to be the end result of this partnership.

We’ll have to see what’s next between AEW and the NWA, but they are certainly off to a productive start so far.