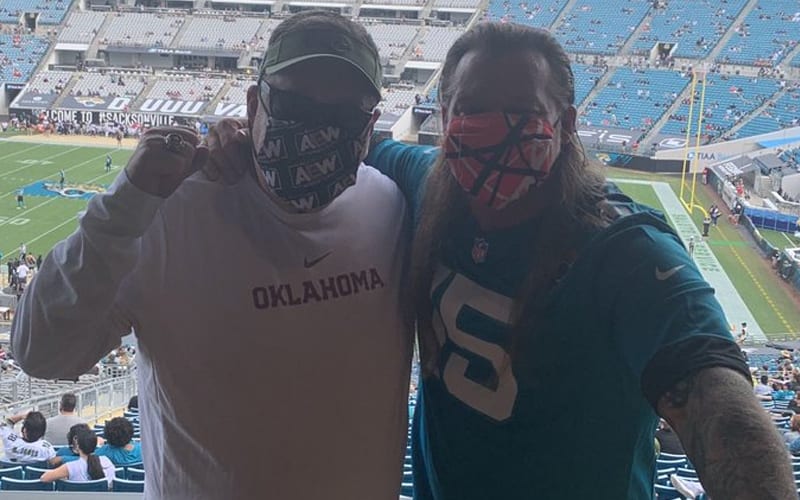 AEW Full Gear was last night, and since they were in the city AEW stars took in a live NFL game. It also helps that they know someone in the Jacksonville Jaguars front office.

Jim Ross tweeted out a couple photos from the Jacksonville Jaguars game. He posed with Chris Jericho, Britt Baker, and Rebel. It looks like they were having a great time.

AEW stars have frequented Jacksonville Jaguars games in the past. Chris Jericho even has his own Jaguars jersey to wear in support of the team his boss owns.

There were likely more AEW stars in attendance at the game. You can fit a lot of people in Tony Khan’s owner’s box. We’ll have to see if that extra support for the Jaguars helps them win over the Houston Texans.