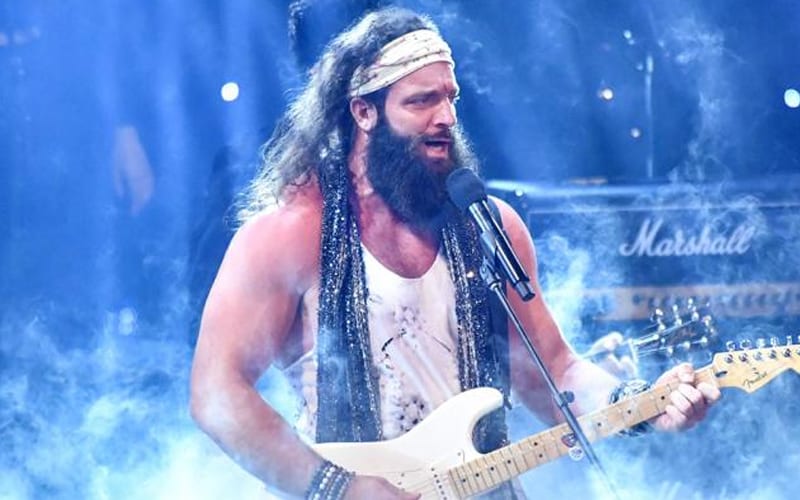 The Universal Truth was released just in time for Elias’ comeback. The blues-heavy record was inspired by some of the tough times that Elias experienced on his journey back to WWE through injury.

While speaking to WWE The Bump, Elias explained the events surrounding his latest musical release. He was injured at home after pectoral surgery, and he began thinking about his road through WWE.

Elias was eventually motivated to tell WWE that he wanted to return with a new record, and they were more than happy to take a listen to what he had in mind.

“When I got hurt last time on SmackDown, that’s really when this stuff got put into motion,” Elias explained about how his album came to be. “I’m going to reference the very first line in ‘Amen,’ how many times are they going to kill me? I don’t know if you remember, but Baron Corbin took a thing to my throat and I couldn’t sing, and my hand was messed up. He threw me off the ledge, and then I get hit by a car of all things. I was out of action for quite a while.”

“I’m sitting at home and I’m thinking, how many times are they going to kill me and try to put my down? And I just wrote that song. I reached out to the WWE team, I said, ‘Listen, I really want to come back. I want to have an album for when I come back, whenever that may be, and they said they were on board. They said to write some songs and give it to them. I did that. I wrote about 10 songs. We narrowed it down, and that’s what we got, we got the ‘Universal Truth.'”

Elias doesn’t get the credit that he deserves for his musical ability. He can wrestle in the ring, and write a cutting one-liner, but it takes a lot of talent to pull everything together in a song. He was able to do that with the Universal Truth which found its way to the top of the iTunes charts upon its release.