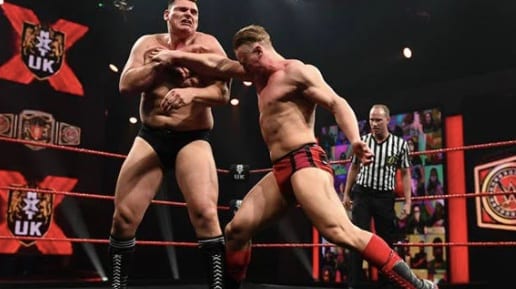 Despite the COVID-19 pandemic there have been plenty of great matches and moments in professional wrestling this year, and on a recent episode of NXT UK, we saw another one as Walter and Ilja Dragunov went to war in a fantastic showdown.

Both men hit each other with everything they had in one of the most physical matches WWE has seen in a long time, and after 25 gruelling minutes, Walter escaped with the NXT UK Championship intact.

One man who was watching very closely is none other than British wrestling legend William Regal.

To quote “Shaun Michaels” “This is a match that makes you fall in love with this”. I started in the Wrestling in a different time and age and am very proud to be a European Wrestler. @NXTUK is a new beginning for the classic style that influenced the world.

Spend the time to watch this and see why people like an old tosspot like me spent his in entire in ring career and wrecked his body to show to the world why European Wrestlers are the best. I’m so proud of these 2 competitors.

While the mid-card could still use some work, NXT UK’s main event scene is as exciting as it’s ever been.