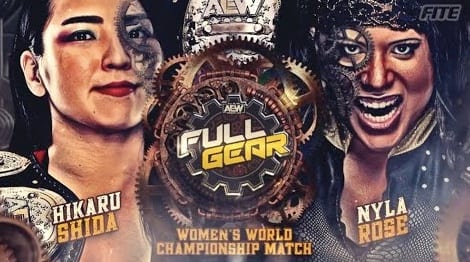 As seen on Sky Bet, the betting odds for Hikaru Shida vs Nyla Rose at AEW Full Gear have been released.

These two women have had their fair share of encounters over the last few months and at Full Gear, they’ll battle it out for the AEW Women’s Championship.

The bout hasn’t been particularly well received with some fans feeling as if it hasn’t received the build up it needs or deserves, but on a recent media conference call, Cody Rhodes defended the build and said that fans have been “conditioned” to believe there needs to be a definitive storyline for every single match over the last 20 years.

In terms of the odds, Shida is the 1/2 favorite to walk away with the belt around her waist whereas Rose is a 6/4 underdog.