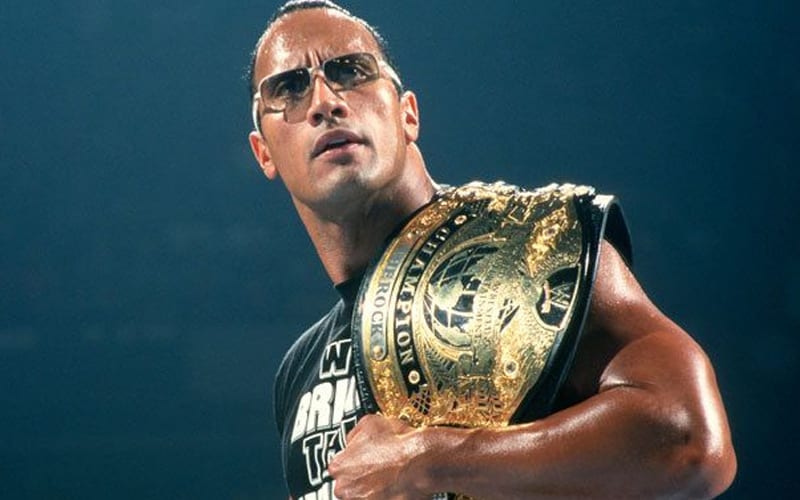 WWE doesn’t have The Rock or Chris Jericho around anymore. The Million Viewer Man is with AEW now, and Dwayne Johnson is still lighting up Hollywood with little time to return. The People’s Champ still had time to remember one very special day in his career.

After WWE bought WCW, the defunct company’s title came with the deal. Chris Jericho lost that championship to The Rock in a big moment for both of their careers. That story eventually concluded with Jericho defeating both The Rock and Steve Austin at Vengeance in 2001 to become the first-ever Undisputed Champion.

The Rock posted on Instagram to celebrate one of his many championship wins, his second WCW Championship win. He defeated Chris Jericho in that match, and he praised Le Champion in retrospect.

Cool wrestling history on this day in 2001

I became 8X @wwe heavyweight champ – wrestling one of the all time greats,

Chris and I had phenomenal matches all around the world (including one electrifying night in JAPAN 🇯🇵 and one unforgettable night in HAWAII ). Thank you for “the honors”, my brother.

Proudly cut my teeth and made my bones in the wild world of pro wrestling – learned some great, invaluable lessons I apply today for success in my business.
And life

The Rock and Chris Jericho could produce magic in the ring. Those two entertainers are top Superstars with the ability to make any match good, but those two in the same ring is hard to top. Thankfully, fans were able to experience those two sharing the squared circle in WWE before they both went different directions.