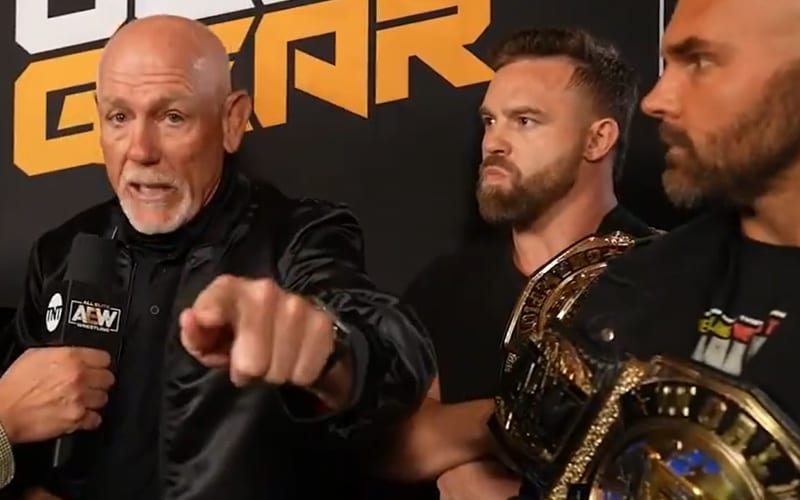 AEW Full Gear is this Saturday, and we can’t wait to bring you all the news you need to know right here at Ringside News. We might see new AEW Tag Team Champions, and if we don’t then the Young Bucks will never get to challenge for that title again.

Tully Blanchard has assisted FTR on many occasions. The 4 Horseman is a very handy manager, but FTR will not have his services at Full Gear. It was announced that Blanchard is barred from ringside.

Blanchard was understandably upset about this information. He read a statement from his attorney where he said that their decision is an imposition on discipline because others haven’t been banned before. Tully promised to go to attorneys and the board, and “there will be a lawsuit if it doesn’t get fixed.”

Cash Wheeler said this is another example of favoritism against them. Dax Harwood then said “the milk is already spilled, and there’s no use in crying about things now.” Harwood said that the Young Bucks might have established tag team wrestling, but FTR “built that son of a bitch brick by brick from the ground up.”

FTR will have a bit of a larger challenge at Full Gear because a big piece of strategy is no longer at their disposal.