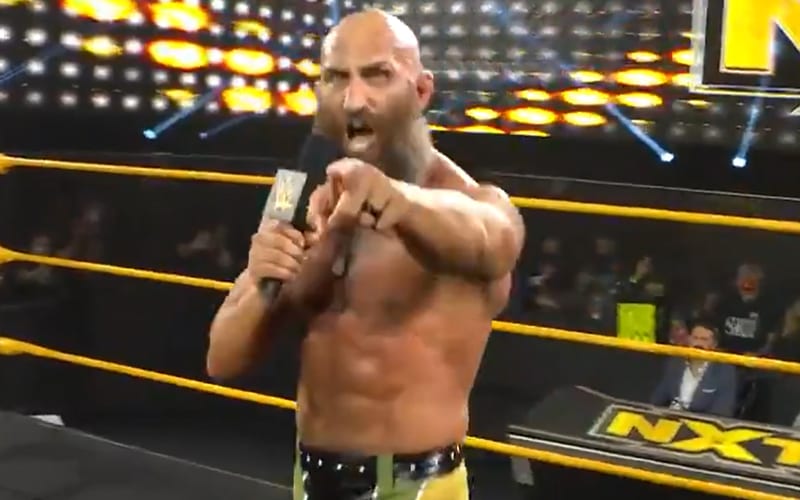 Tommaso Ciampa and Velveteen Dream battled in the main event of NXT this week, but after the show went off the air, Tommaso had more to say.

Ciampa missed having live fans in attendance at their events just as much as anyone. He thanked everyone who was in the Capitol Wrestling Center for being there.

He spoke about how pro wrestling brings together people from all religions, ages, races in one building. Pro wrestling binds everyone together and Ciampa is proud to say he’s an NXT Superstar.

Then Ciampa encouraged fans to keep coming out to the shows. He said “sooner or later” they will remove masks from the crowd, they will fill up arenas all over the world, and they will continue sharing their artform on all of those stages.

Tommaso Ciampa had a lot to say, and NXT provided him with a live microphone last night to address the crowd. This statement was obviously one that WWE decided that they want everyone else to see as well.