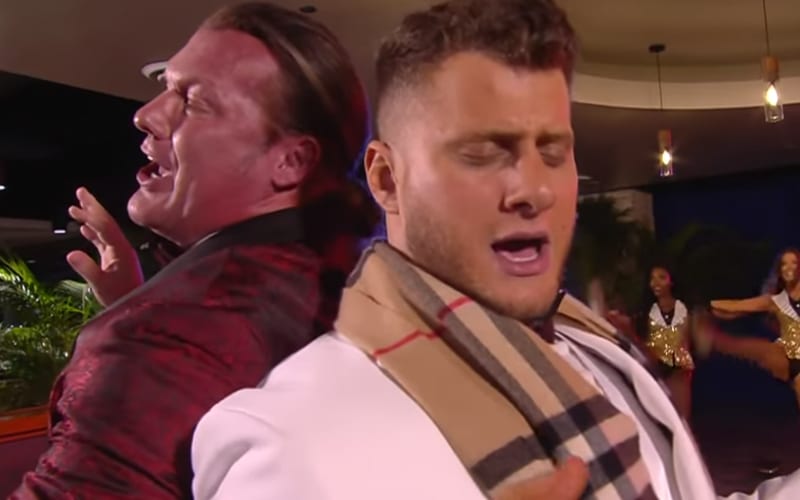 Tony Khan is very proud of Le Dinner Debonair, and he is not alone. Chris Jericho and MJF worked very hard on that project, and they are incredibly happy about the response it received. Still, some were not as impressed and they didn’t appreciate the musical segment in their pro wrestling program.

Khan explained while speaking to PW Insider that the Le Dinner Debonair segment was sandwiched between some great pro wrestling that night. It was placed on a show where that segment could stand alone as unique, and it certainly added variety.

“So Dinner Debonair was a variety segment, it got people talking, absolutely as we expected. And it was sandwiched in a show with so much in-ring action. It took place on a show where you had Penta versus Phoenix and Wardlow versus Jungle Boy and the tag match and all these great in-ring matches.”

Khan then compared the Le Dinner Debonair to the Town Hall segment which was much more conventional: “They’re very different from each other. I don’t know how you can compare those two segments, they are apples and oranges.”

We’ll have to see if AEW has another musical segment in the pipeline. MJF said he has other musical projects in the works, but due to legal reasons he didn’t reveal anything specific.

The Le Dinner Debonair segment will be remembered for a very long time, and they had a Tony Award relinquished to them after that segment as well. It might not have been everyone’s cup of tea, but AEW strives to present a different type of pro wrestling company.