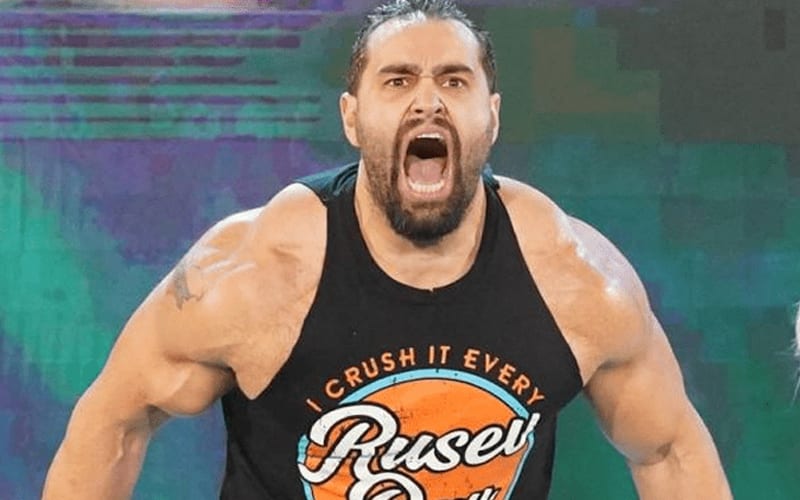 Miro was released from WWE on April 15th, and he was not happy about it. Everything is okay for the former Rusev now, but at the time, he was pretty furious. He even “lashed out” at Mark Carrano for a few minutes when he was given the news.

During Talk Is Jericho, Miro had a chance to walk us through the events surrounding his WWE release. Miro believes that he was blamed for getting Superstars to rally around him after expressing concern about performing as the coronavirus pandemic started to sweep the country.

“I got a text message the day of. It said, ‘Miro, we need to talk.’ I actually had the feeling, so I wanted to call [Mark] Carrano. I was like, should I text him, but I was at the vet. It was like, okay, I’ll take care of the dogs first, and the next thing you know, I got a text message. ‘Hey, we need to talk.’ I knew right away. So I called him. He told me, ‘I’m so sorry,’ and I really lashed out for five minutes. I did lash out because there’s just so much. It was just much over the years.”

“I was getting some of the boys around because we were not okay about how everybody was treated in the pandemic situation. We felt scared to go to work, and once again, it was probably ten of us talking, somebody leaked it to the office. From us 10 people that were talking, somebody leaked it to the office and to the dirt sheets, and once that happened, I knew right away they’re gonna fire me because they’re going to blame it all on me of course because I’m the guy, but it doesn’t matter.”

The novel coronavirus was a big concern for WWE then, and that has not gone away. Miro was released, and he found himself in AEW where he obviously feels much more comfortable performing in their bubble.