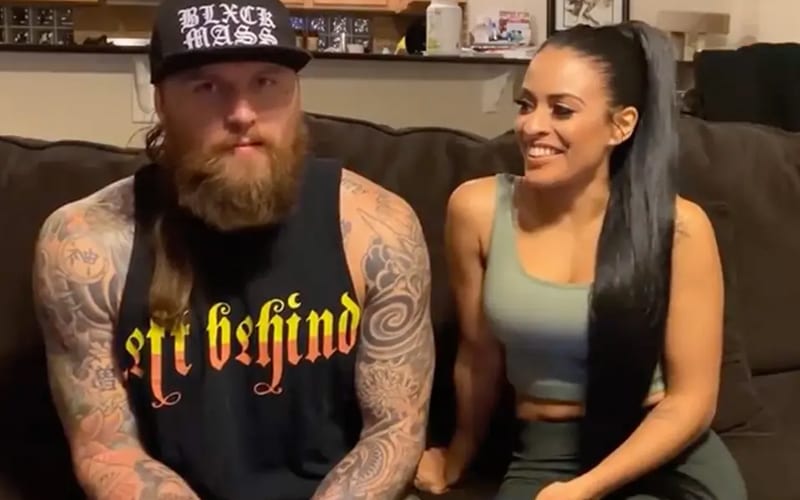 Aleister Black and Zelina Vega are married in real life. The couple have ended up on the same brand due to WWE’s desire to keep real-life couples together, but they haven’t dealt with each other in the storyline.

While speaking to Chasing Glory, Zelina Vega revealed that there was a point when Andrade was going to drop the US Title to Aleister Black. That was planned to set up some real-life tension for Vega as attention to her marriage would be a part of that angle.

“Because initially, we were supposed to drop our — I said ‘our’. Oh my God, what’s the title? Yes, that one, the United States Championship. We were supposed to drop that to Aleister and we were gonna add the element of my confusion into it and it didn’t end up happening obviously. One got hurt and another whole thing but yeah, I wanted to keep the reality of people believing that more than anything else so, it’s nice to keep it just for us but also to keep the storylines fresh and believable as possible.”

WWE had to change their plans, but plans are always changing in WWE. That is why it’s almost impossible to tell what Vince McMahon is going to do next. Even when they have something seemingly locked in, all of those plans can go up in smoke due to any given reason.