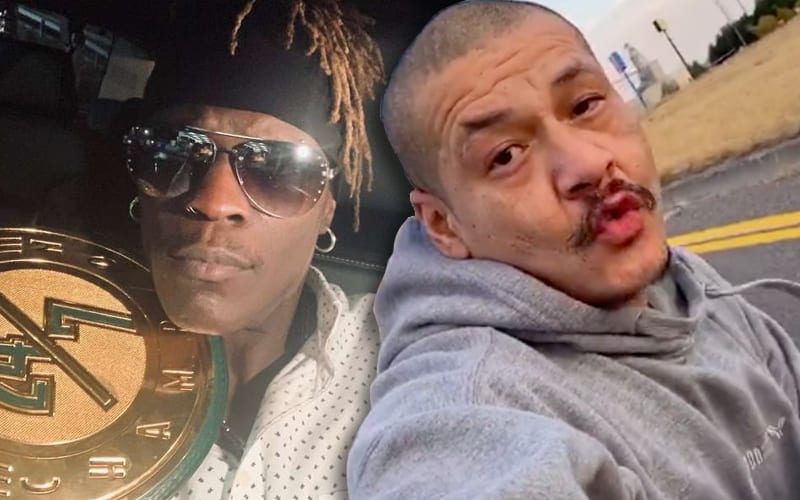 Dogg Face’s video where he casually sipped on Ocean Spray while Fleetwood Mac’s “Rumours” played on went viral. R-Truth even made his own parody video. The originator of that viral video sensation recently appeared on WWE The Bump, and it seems like he’s down to take the WWE 24/7 Title.

R-Truth lost his baby on RAW this week as Drew Gulak pinned him with the help of Bobby Lashley. Dogg Face was asked if he would consider challenging for that title if and when R-Truth gets it back. He’s more than game to do just that.

Dogg Face’s positive attitude is remarkable as he considered a homemade cardboard title “a blessing.” Perhaps WWE might want to send him a real title belt so Dogg Face can feature it in one of his upcoming videos. That certainly wouldn’t be the worst idea.