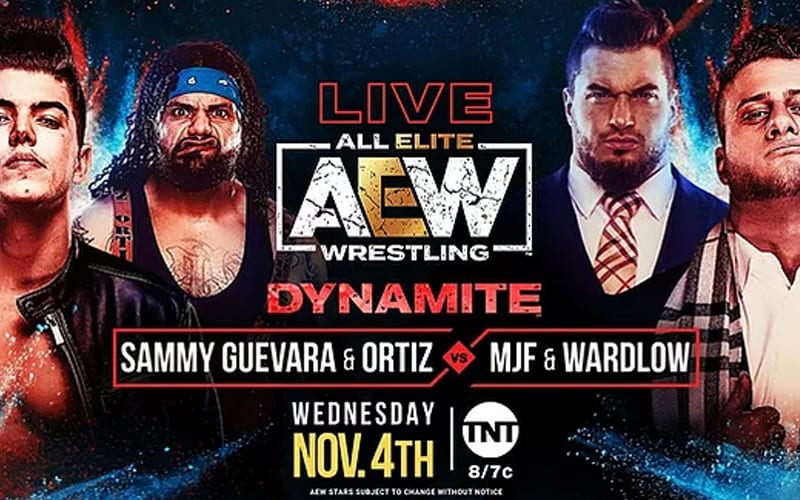 AEW Full Gear is November 7th, and we will have full coverage right here at Ringside News.

Full Gear will have a lot at stake, and this week is AEW’s final chance to put a bow on their storylines leading to the pay-per-view event. Chris Jericho will be on commentary so he can hype his upcoming match with MJF and so much more.

Ortiz and Sammy Guevara do not want MJF joining the Inner Circle. The Inner Circle members will take on MJF and Wardlow this week.

Trent will face Miro in the former Rusev’s first singles match in AEW. Click here to watch those two attempt to hash things out, but everything broke down.

Shawn Spears will be in action against Scorpio Sky, also Cody and The Gunn Club will take on Preston Vance, John Silver, and Colt Cabana of the Dark Order. Nyla Rose will face Red Velvet. Jon Moxley and Eddie Kingston will also have a face to face before their big match on Saturday.

They have a big show for this week and we will have full coverage here at Ringside News.

You can check out a complete line-up (so far) below:

Chris Jericho will be on commentary

Jon Moxley and Eddie Kingston will have a face to face