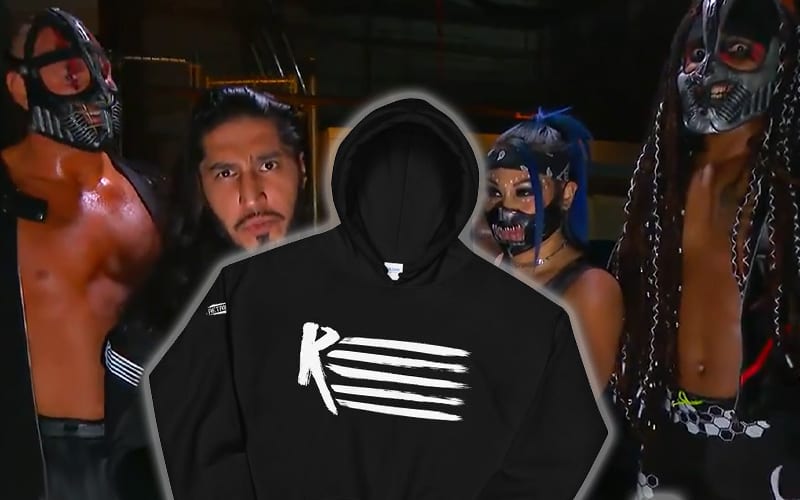 WWE brought Retribution onto television with the mission to destroy the company. Then WWE signed the five core members to contracts, but Mercedes Martinez went away for some mysterious reason. Perhaps they’ll figure out why someday and write it into the storyline.

WWE brought Mustafa Ali into the fold as Retribution’s leader. It was a slow transition, but Retribution seemed to turn things around this week as they returned to their destructive ways.

The company dropped a new line of merchandise for Retribution, a stable created to destroy them. They have a full line of t-shirts, hoodies, and even sweatpants with the Retribution logo.

Sometimes a Superstar’s push is determined by how much merhcandise they sell. Without live crowds, that metric has received a larger focus. We’ll have to see how well Retribution’s merchandise sells, but they now have some merch to test the waters.

As of this writing, WWE sadly has not release replicas of their masks.