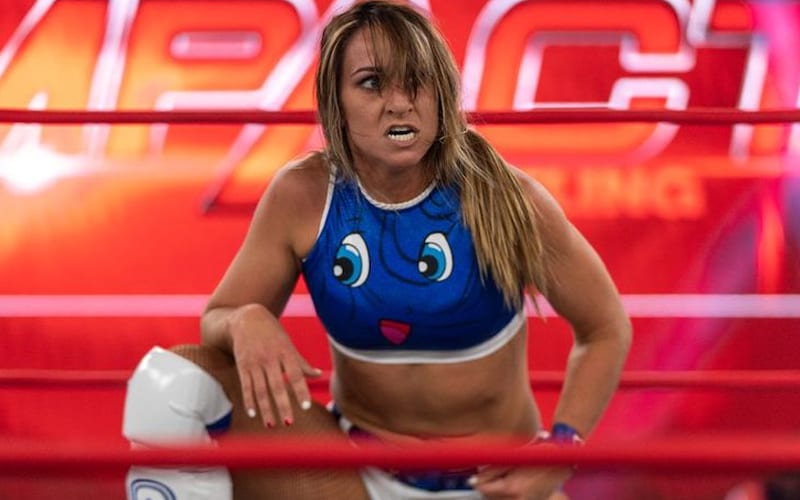 Kylie Rae announced that she is leaving pro wrestling. She no longer considers herself a pro wrestler, and #ThankYouKylie flooded the Internet Wrestling Community. There were a lot of things that contributed to her departure from pro wrestling, and the fans were a part of it.

Some fans fired off hateful remarks and harassed Kylie Rae. Dave Meltzer revealed during Wrestling Observer Radio that the harassment goes as far back as her time with AEW when they came at her for getting in shape and Cody’s comparing her to Bayley.

“I remember that she was so happy when she came out [at Double Or Nothing] that she got a really big reaction, and um, you know I’ve actually in the last day I’ve been watching a lot of matches of her on YouTube and I can see after she broke down at the [Fyter Fest] pay-per-view, or the day before and I just remember when I saw her in Vegas and everything and just — and I know when she got mad about people who — because she lost weight, got in great shape, and then she got harassed by people who like got on her case for doing that.”

“You would think that you work hard, diet, you train hard, you get in really good shape and then people harass you for that? That was somewhat recent. I don’t know if it’s all social media, but I do know it’s some social media stuff that’s reacted to like that. It’s just sad because it was the day before a really big show [Bound For Glory]. Her and Deonna Purrazzo are friends and they were jazzed to have a really great match.”

He brought up how Cody compared Kylie Rae to Bayley and said “she’s the real one.” Cody was trying to push Kylie Rae, but she got a lot of backlash from those remarks as well.

Kylie Rae is only 28-years-old, and she can always decide to make a return to pro wrestling. People love her and she might have no issues easing back into the indie wrestling world. In the meantime, we can only wish her the best.