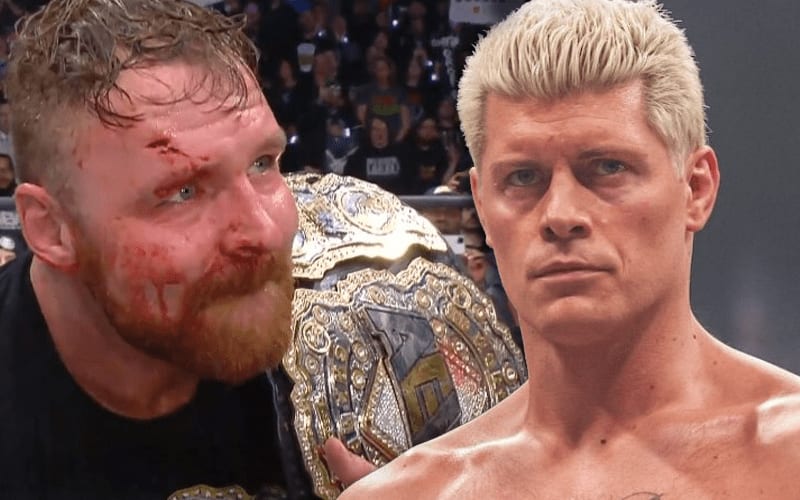 Jon Moxley saw Cody’s tweet where he claimed that the AEW TNT Title is the most important in pro wrestling. He’s not getting in a Twitter war with an EVP of the company he works for.

Moxley recently spoke to TV Insider where Cody’s comments came up. Mox gets on Twitter at times, but he obviously doesn’t spend nearly as much time on the app as some. The AEW World Champion said that he’s not about playing Twitter games.

Jon Moxley sees Cody’s statement as inaccurate, and he’s not alone. Plenty of fans had fun discussing Cody’s claim that the TNT Title is the most important.

If anything, it might be the most important for Cody because he is not allowed to challenge for the AEW World Title again after losing to Chris Jericho.