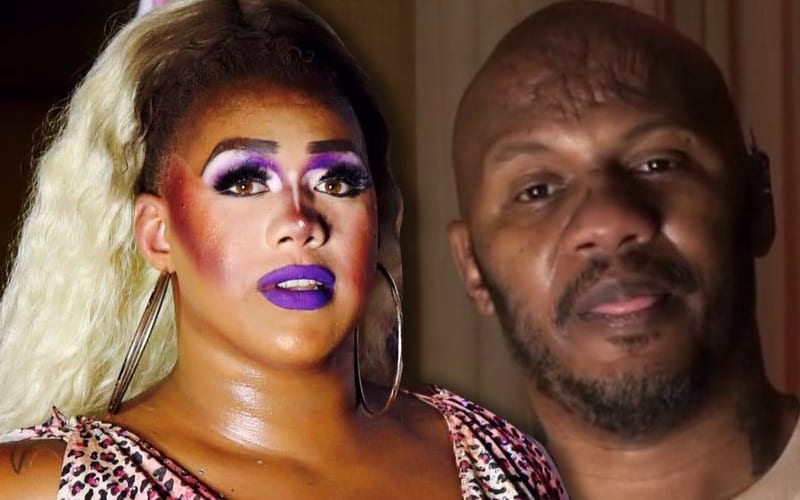 New Jack’s son Washington Heights brought a lot of attention when he became an editor on Wikipedia. That way he could make sure that New Jack’s page included a mention of him, because New Jack disowned him for becoming a drag queen.

We previously reported that New Jack claims that he did not disown his son three years ago. While speaking to Wrestling Inc, Washington Heights revealed some of the hurtful and profane things that his father said about him and to him.

“I have not heard from him directly, but I have heard things that he’s had to say about what I’ve allegedly put on the internet. I know he reached out to my sister and had some not nice things to say to her about me, and then I found out that Vice reached out to him for a comment on the article. And he watered down everything that he said, and there’s been a couple of Instagram accounts who posted things and tagged him in it.”

“And he said something like, ‘don’t tag me in this silly sh*t.’ Like I said in the article, I wanted to get a reaction out of him, and I wanted to see if we could possibly, best case scenario, talk things out [and] work on our relationship, but from the Facebook Live that he did, which Vice censored–he said, ‘there’s a lot of things with my name on it’ and ‘you little f*ggot motherf*cker. You’re not my son. You’re a bitch.’ Once he said that, I was like, ‘okay, so I know where he stands,’ but he still never reached out to me directly. I had people send me that video and be like, ‘hey, just so you know, he said this.’ I’m like, well, doesn’t surprise me.”

New Jack has yet to reach out and speak with his son. It seems that the bridge is far from being repaired in that situation. Hopefully, happier days are ahead for their family.