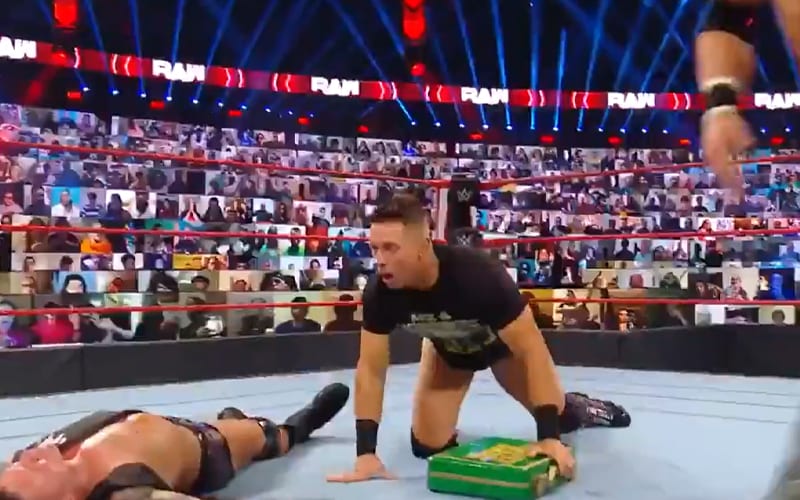 WWE Raw started off with WWE Champion Randy Orton cutting a promo. Alexa Bliss joined him, and she gave a creepy performance before saying “he could be here.” Suddenly, Bray Wyatt’s music hit, but someone else showed up.

Bray Wyatt’s creepy music played and his red lights flashed, but Drew McIntyre was the one who appeared as he landed a Claymore Kick on The Viper. McIntyre left Orton laying, and then The Miz jumped at the opportunity.

The Miz ran to the ring and tried to cash in his Money In The Bank briefcase. He handed off the briefcase, and his cash-in was announced. Then Drew McIntyre laid The A-Lister out with a Claymore Kick. McIntyre also took care of John Morrison. All of this happened before the bell could ring, so the cash-in didn’t count.

Drew McIntyre ran The Miz off while saying that if anyone is going to take the title from Orton, it’s going to be him. It seems that The Miz is going to be a very unpredictable Mr. Money In The Bank.