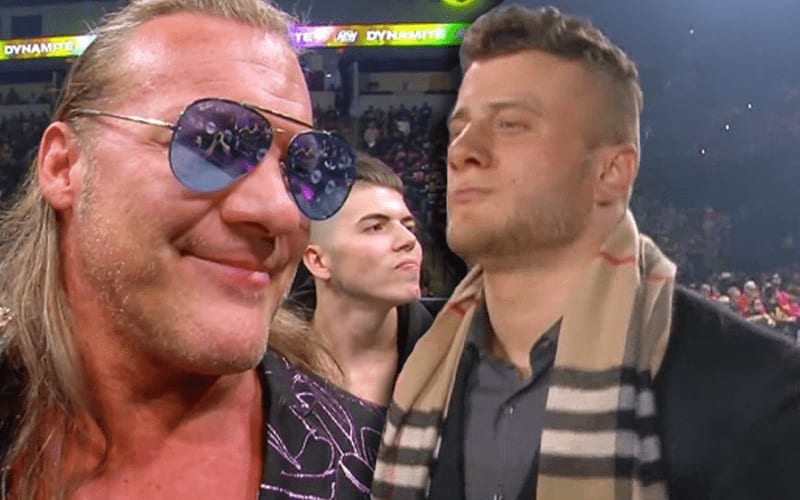 MJF posted on Twitter to explain why he wants to join the Inner Circle. He saw Jon Moxley “cheat” to win the AEW World Title, and it became very clear to him that he needs to surround himself with a group to make sure justice is served. The fact that he gets to learn from Chris Jericho is a bonus.

When Jonathan cheated there was zero justice. It became very clear to me that if I had been a part of a group justice would have been served and I’d be world champion.

There’s no better group than the IC.

I look forward to learning from CJ.

AEW Full Gear is November 7th, and we will have full coverage right here at Ringside News. It will be a big night for pro wrestling, and it could be a landmark moment for MJF as well. He plans on beating Chris Jericho, but the other members of the Inner Circle might not be so welcoming to their new member.