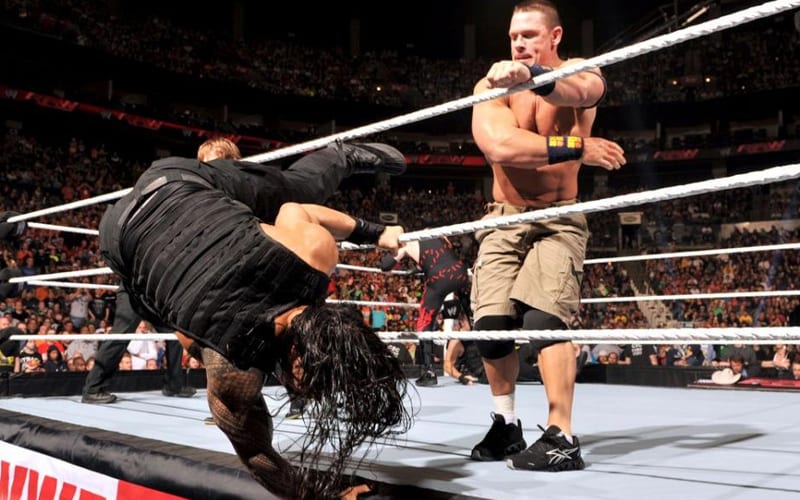 The Shield is no more after Dean Ambrose departed and shows up as Jon Moxley in NJPW and AEW, and Roman Reigns is better off for it is you ask John Cena Sr.

Boston Wrestling MWF recently had a chance to speak with Cena’s father. He didn’t hold much back when discussing Roman Reigns’ booking. He said that WWE screwed things up with the Big Dog. He should have been a tweener.

Then Cena Sr. said that WWE finally did the right thing with Roman Reigns by getting him out of “The Shield BS” and letting him walk on his own.

“The mistake they made with Roman was, ‘You don’t like roast beef but I’m gonna shove it down your throat anyway.’ What they should have done is kept him in a tweener role, where he could be either a nice guy or SOB depending on the day.”

“When he was in the Shield, he was just a part of a faction. The other two carried him, and I think even Reigns will admit that. Now, they’ve brought him to a point where he belongs. They got rid of that Shield BS and now he’s a terror.”

There was a time when WWE shoved Roman Reigns down the throats of fans all over. Reigns is now the Tribal Chief and WWE has a big spotlight on him. Paul Heyman was also brought back as Reigns’ Special Counsel, and it’s hard to disagree that he’s on a much better track right now.