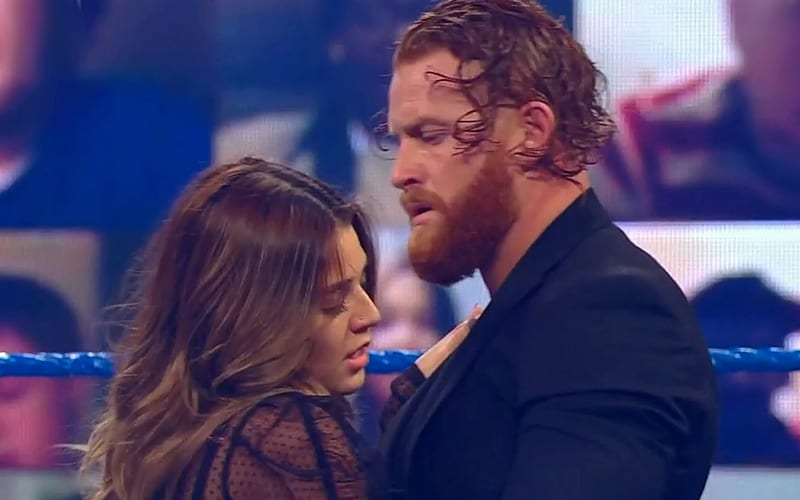 Aalyah Mysterio caused the entire WWE Universe to do a double-take when she proclaimed her love for Murphy and locked lips with Seth Rollins’ former disciple on Friday Night SmackDown. Her father Rey Mysterio wasn’t happy about it at all.

While speaking about it on Talking Smack, Mysterio seemed concerned about his daughter’s recent decision. He said that she’s in a bad very situation.

Aalyah arrived on WWE television to support her brother’s career, but Mysterio promised to get to the bottom of things.

“I don’t think she’s thinking. She’s now put herself in a very bad situation. She’s 19, my baby girl, and my princess. The last thing I want to see is for her to be in relationship with someone who has hurt her family.”

“She came here to support Dominik because he was kicking off his career with WWE. And unfortunately, all that just turned out into a mess.”

“I have to get to the bottom of this situation. I am not sure if she’s being manipulative or if she truly has feelings for Murphy. I have to understand exactly where all this began and how.”

“I’m still bumping heads with my wife, who has been understanding [of her love for Murphy] but I am being the man of the house.”

We’ll have to see where this situation leads. WWE has historically ended this type of angle in one of a few ways. It might be refreshing to see them try a different type of conclusion, but you also never know what can happen in WWE.