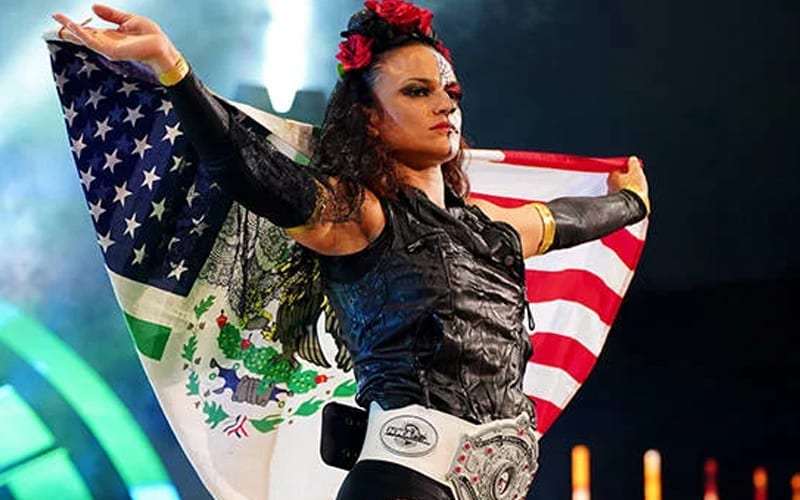 Thunder Rosa captured a ton of headlines after she dropped the NWA Women’s Title. The reports started flowing in of AEW and WWE interest. She doesn’t know where the WWE talk came from.

Rosa appeared on AEW programming as NWA Women’s Champion. Then AEW contracted wrestler Serena Deeb defeated her for that title. AEW connections are obviously there, but as previously reported, WWE only offered Thunder Rosa a referee tryout in the past.

Our pal Sean Ross Sapp of Fightful spoke with Thunder Rosa. She confirmed to him that there are Combate Americas commitments to take care of. She also no-sold the WWE rumors completely, but they he had heard different.

She also specified she isn’t sure where rumors came from that WWE reached out to her, but Fightful has heard from WWE sources that they’d be interested in her if available.

Thunder Rosa still has time left with the NWA. Billy Corgan made her contractual status very clear as he confirmed she is signed until into 2021. The exact length of time is unknown, and it is November already, so we might not be talking about a whole lot of time.

She appeared to have a lot of fun teasing her next move. Odds are that will continue until an official announcement is made.