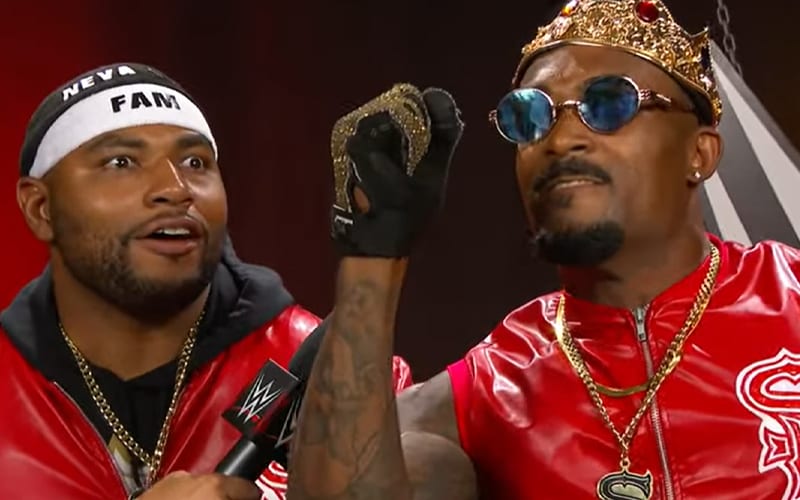 WWE likes to run a tightly scripted show, but some Superstars have been given leeway in recent months to express themselves a bit more. At times, it’s about how well someone works with the staff assigned to them.

Ringside News has learned that The Street Profits “are more scripted than you’d expect,” but the do have a lot of leeway. WWE writer Chris Dunn works closely with them. We were told that Montez Ford and Angelo Dawkins do improvise.

A tenured member of the creative team commented to us about how well Ford and Dawkins work with their writer. Their promos are generally praised as well.

There was also a time when Paul Heyman stepped in when he saw that they were being scripted too tightly. This was during his stint as Executive Director. Heyman “put a stop to it” and gave The Street Profits room to breathe in their segments.

Ford and Dawkins appear to have a more relaxed presentation, but their lines are still written for them. A great majority of those lines are penned by Dunn, a writer who has been with WWE for just under 4 1/2 years, and he understands their characters. This helps them pull off the seemingly effortless promos that we see on WWE television.