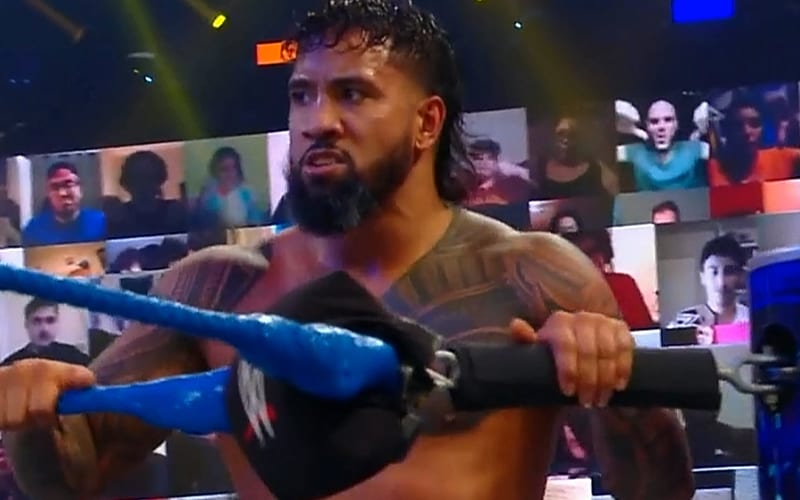 Roman Reigns defeated Jey Uso at Hell in a Cell. That means that Jey Uso must fall in line. He made a big statement this week on SmackDown.

After Jey Uso beat Daniel Bryan this week on SmackDown, which secured a Survivor Series spot for Jey, Roman Reigns got in the ring. Then Jey Uso nailed Daniel Bryan with a Superkick after the match.

Michael Cole made a point to say on commentary that Jey Uso was “doing what he had to do.” Jey Uso said: “I understand now, I love you too. I understand” as he stood next to Roman Reigns.

Then Reigns pointed to Daniel Bryan and said “make him understand.” Jey Uso pulled Daniel Bryan out of the ring and he beat him around before throwing him into the ring steps. He then cleaned off the announce table and put Bryan on it before nailing a sick splash off the top rope through Bryan and the table.