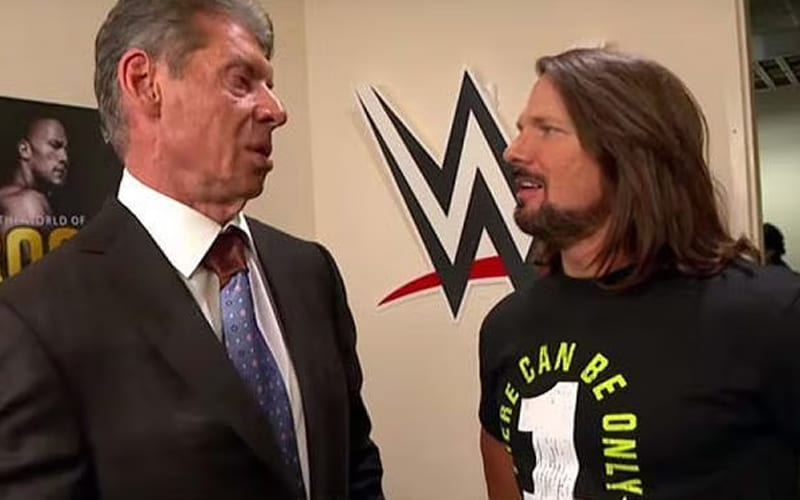 WWE handed down a new edict saying that all third party business must cease. It was said that Superstars may continue on Twitch and Cameo, but they would have to surrender their accounts and revenue to the company. Now it appears that they are banned from Twitch.

Paige went off during her own Twitch stream after receiving a text message midway through, apparently telling her to stop. She admitted to speaking with an attorney about unionizing, and she plans to speak with them again.

PW Insider reports that several WWE Superstars went to Vince McMahon and sat down with him to argue against the new Twitch ban. AJ Styles was a part of that meeting.

Several talents recently met with McMahon in order to sit down with him to argue against the Twitch ban, but given that a number of high-profile talents, including AJ Styles, have announced they are suspending their Twitch streams overnight, it would not appear they were successful in swaying the WWE head.

It appears that this meeting did not sway Vince McMahon’s decision on the matter for now. We will have to wait and see if they can eventually get him to change his mind. For now, WWE Superstars are off Twitch and a ton of them are no longer available on Cameo as well.