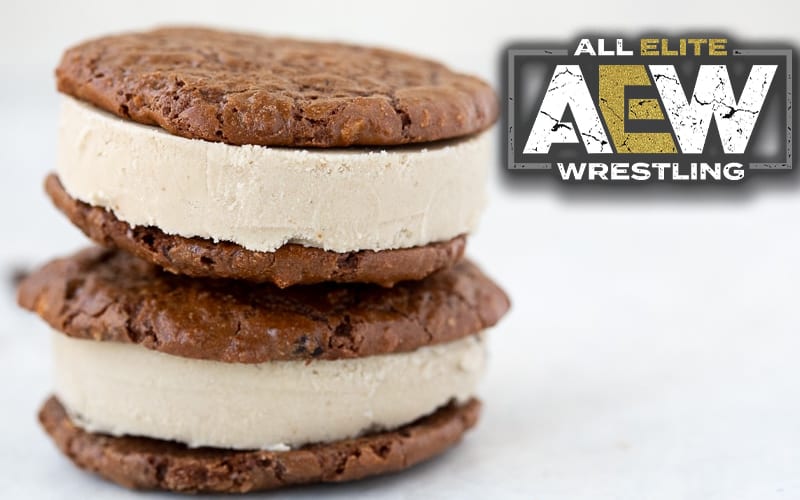 AEW has a lot of marketing possibilities, and they’re not done putting the company’s logo on new products. They might also like to get into the ice cream game.

WWE recently re-launched a form of their old ice cream bars through Good Humor. They are currently available in grocery stores, but they could have come elite competition soon.

Hollywood Life recently spoke to The Young Bucks where they went into some of AEW’s goals for merchandising. Dana Massie, Matt Jackson’s wife is the company’s Chief Marketing & Merchandising Officer. The oldest Young Buck revealed a conversation he had with his wife about wanting to get into the ice cream market.

“I told her that I would love to have some type of AEW ice cream bar, I remember fondly in the summer when the ice cream man would come, and I would get the Good Humor Hulk Hogan ice cream bar. I don’t know how much of a possibility it would be, but I put the idea out there, at least.”

When it comes to what is off limits, Nick Jackson said that they wouldn’t endorse anything with cigarettes or alcohol. There was a point when ROH sold shot glasses for the Young Bucks, and they don’t even drink. That didn’t make very much sense at all.

We’ll have to see how long it takes for AEW to get into the freezer section of your local grocery store, but it’s a goal they have in mind. The company has been pretty good at making things happen already.