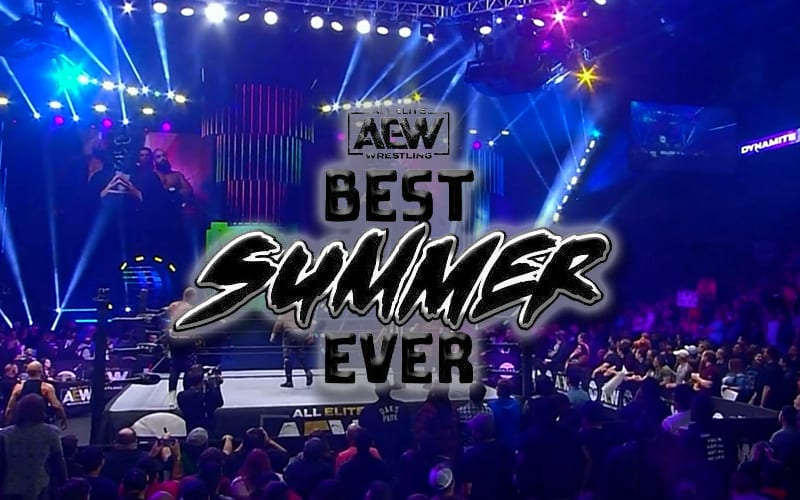 AEW was able to hold Bash At The Beach last year, but there was some pushback from WWE. Now All Elite Wrestling appears to have registered a new Summer themed trademark.

According to Heel By Nature, AEW registered a trademark for “All Elite AEW Wrestling Best Summer Ever” on October 26th. The usage of this trademark falls under entertainment services.

AEW filed a similar trademark for the same term in March, but it was for merchandising purposes. The new filing also details how the “Bust Summer Ever” logo is supposed to appear in the new trademark.

The mark consists of the stylized wording “BEST SUMMER EVER” with the word “BEST” appearing on top of the term “SUMMER” in bigger font and the term “EVER” stacked below the term “SUMMER” in the same size and font as the term “BEST.” At the top of the wording “BEST SUMMER EVER” is the stylized wording “ALL ELITE AEW WRESTLING” where “AEW” is housed inside a rectangular border, the words “ALL ELITE” are superimposed on the top of the border, and the word “WRESTLING” is superimposed at the bottom of the border.

AEW is obviously making plans for the future, and Summer will be here before we know it. Apparently, All Elite Wrestling is looking to make it the Best Summer Ever, however they go about achieving that.