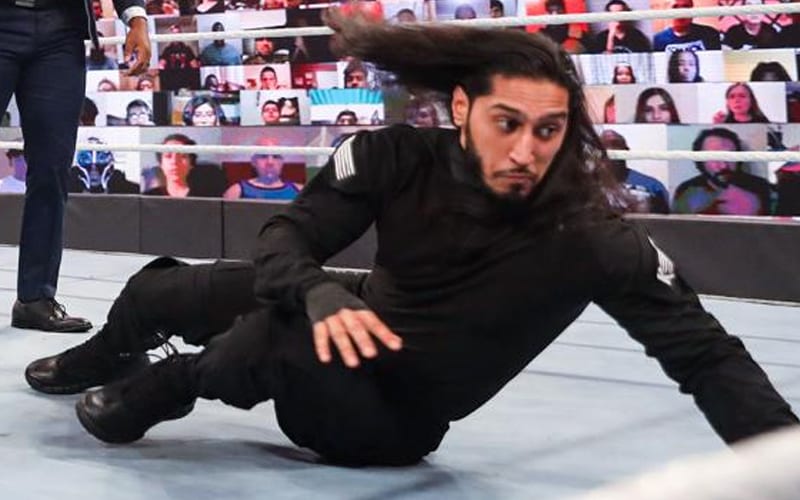 Mustafa Ali has a ton of potential, but his storylines in WWE haven’t elevated him to a level that some fans would like to see him in. He is the leader of Retribution, but that stable seems to be falling fast, and it’s not his fault.

WWE Superstars can only work with what they are given. They can push for more, but nobody can make Vince McMahon book something he’s set against. One fan fired off a tweet at Mustafa Ali that seemed to echo a mindset held within the Internet Wrestling Community.

This fan said: “I know you must be sick of people telling you how awful Retribution is while you’re trying your damnedest to elevate them, but this is the type of crap that ruins careers. Don’t go down with the ship.”

Mustafa Ali replied back with a bit of sarcasm when he said: “No, I love it. Yelling at performers about a show they don’t write makes me smile.”

We’ll have to see what’s next for Retribution, but they might find themselves legit frustrated which might end up giving their characters even more motivation.