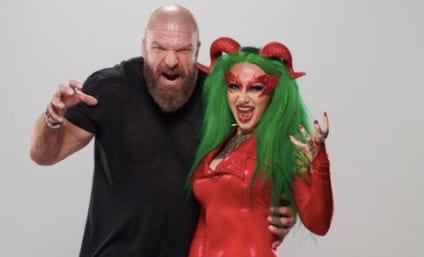 Last night, NXT put on one hell of an event with the long-awaited return of Hallowen Havoc being well received by the WWE Universe.

We saw some fun surprises to go alongside some great matches, and the whole thing was hosted by rising star Shotzi Blackheart.

One man who believes that Blackheart has a bright future in NXT is the man who helped to put last night together – Triple H.

The women’s division is as competitive as it has been in a long time and from out of nowhere, Blackheart is starting to emerge as a real dark horse.