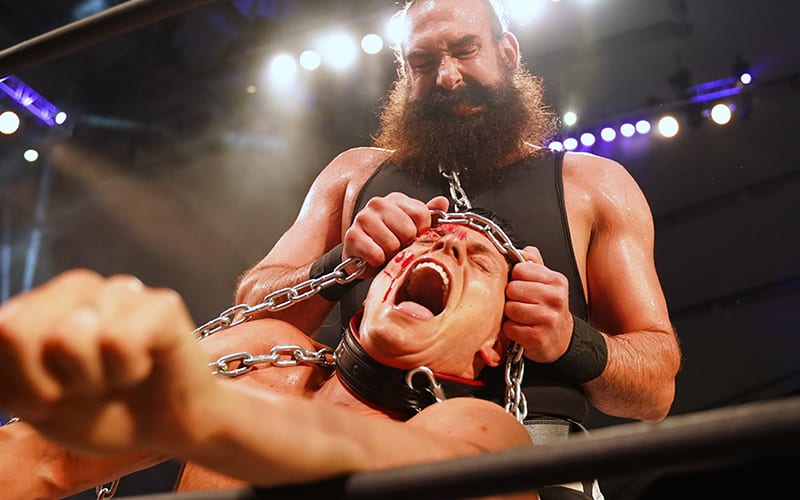 AEW held their first-ever Dog Collar Match between Brodie Lee and Cody Rhodes. That bloody war for the TNT Title impressed a lot of fans, and Greg “The Hammer” Valentine was even in the crowd to see it go down live.

Brodie Lee explained while speaking to AEW Unrestricted that they picked the chains for the match carefully. He said it was not good for his neck to lug around all that weight, but they certainly looked good on television.

“We were presented a couple of different chains and options and we went with what you saw on TV mainly because it looked good on TV. That was not beneficial to my neck to have that strapped around me and then carry it around for 20 minutes while another man is trying to kill me.”

Greg “The Hammer” Valentine was in the crowd, and he loved the match. They even caught him applauding at the end which meant the world to Brodie Lee.

“It was unreal! Then after the match he pulled us aside, put the match over, said how impressed, how much he loved it! It was crazy, and then they had that great shot of him at the end of him just applauding!”

AEW might have to wait a while before holding another Dog Collar Match because their first outing will be hard to top. Brodie Lee lost that match, and he spilled a ton of blood in the process. It was all worth it as he looks back at the entire experience with a ton of pride.