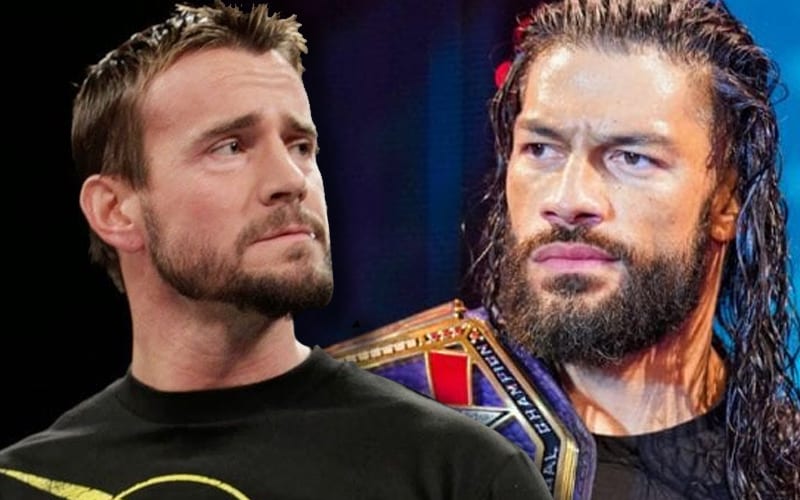 WWE has not been able to get CM Punk back after he walked out of the company. His tenure on WWE Backstage was short-lived since the show was cancelled, but his deal with with Fox Sports, not Vince McMahon’s company. That won’t keep fans from hoping that he’ll come back.

Roman Reigns is the Tribal Chief of SmackDown, and every big heel needs a babyface. If CM Punk returned he would likely be the most-over babyface in the entire company.

One fan asked Punk during a Q&A if he would wrestle Roman Reigns in the main event of WrestleMania 37. Punk had a different idea when he replied:

I’d do opening match. That show is 67 hours long.

CM Punk didn’t shoot down the idea of facing Roman Reigns. If WWE could pull that off it would be a huge moment for the company. They could also craft a storyline to make sense considering CM Punk’s history with the Tribal Chief’s Special Counsel.