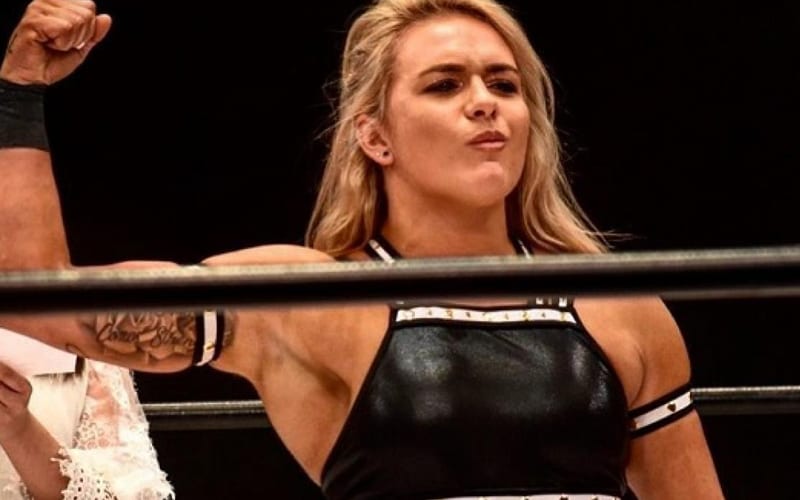 AEW released Sadie Gibbs from her contract when she was unable to make it to the United States. This was not her fault, but the pandemic didn’t care about timing. This was an awful situation for Gibbs because she was five days away from making a move to Georgia to be closer to AEW’s training facility.

Sadie Gibbs spoke to Chris Van Vliet about her departure from AEW. She noted that Anthony Ogogo is still with the company, and it is all bittersweet. The reality is that she wouldn’t have been able to come back until at least March.

“I was going to move to Atlanta, which is where the Nightmare Factory is with AEW. I would be training there and just be around more, to be implemented into things. I just wanted to give 100% and dedicate to the promotion. Obviously, things changed, but that was the plan. Before that, I was being flown in for the shows. During that time, I had two main matches, which is a little bit disappointing because I was having matches every week before in Japan. Then when I signed, I had two matches with them. I didn’t get to showcase my skills.

“Come August, they let three of us go from the UK. They kept a couple from the UK, I noticed. Anthony Ogogo is still with them. It’s a bit bittersweet. It’s a hard one to swallow, but I guess they had to cut their costs and the situation is what it is. I probably won’t get to fly over there until March (2021) at the earliest.”

Sadie Gibbs remains positive, and she’s not giving up. She also seemed to leave the door open in the future just in case it’s not impossible to make a trip to the United States. Hopefully, we’ll see her again sooner than later.