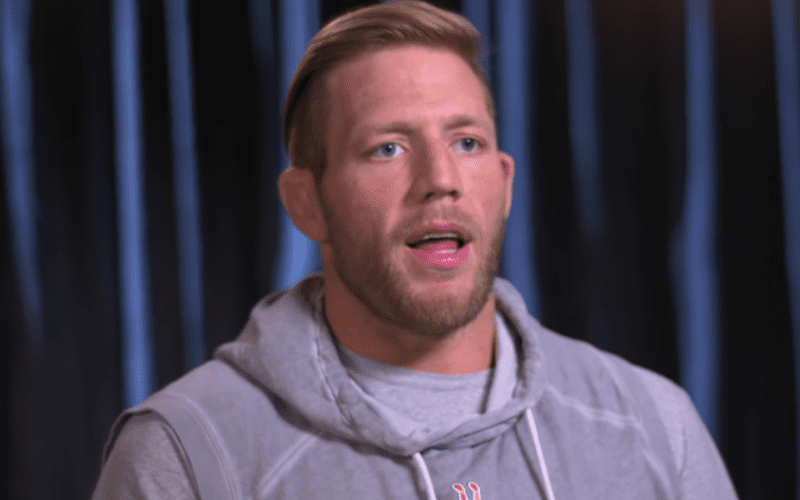 Jake Hager is set to fight for Bellator once again on October 29th. He had plenty of time to prepare for this fight, and AEW gave him an opportunity to take part in this MMA outing. He’s been training hard and considers AEW time his rest days.

While speaking to Barnburner during Bellator’s media junket, Hager explained that AEW tapes for two days every two weeks. If you factor in the travel time, Hager uses those days as his rest from MMA training.

“We film twice a week with AEW every other week, so I have ten days off in between. That is usually the schedule until bigger things come on, which there’s nothing bigger than AEW and Bellator right now [laughs]. So, I really consider the filming days with AEW as my rest days and then once I’m home, as soon as I’m home on a Thursday or a Friday, I already have practices scheduled and I’ll go Friday-Saturday-Sunday-Monday-Tuesday. And then I’ll fly out again Wednesday to go film.”

Hager is walking into Bellator 250 with an undefeated record in MMA. Hopefully, he can keep that going because you know Chris Jericho has a great nickname ready for Hager if he can win on the 29th. Le Champion might also have an epic excuse in store if Hager loses.