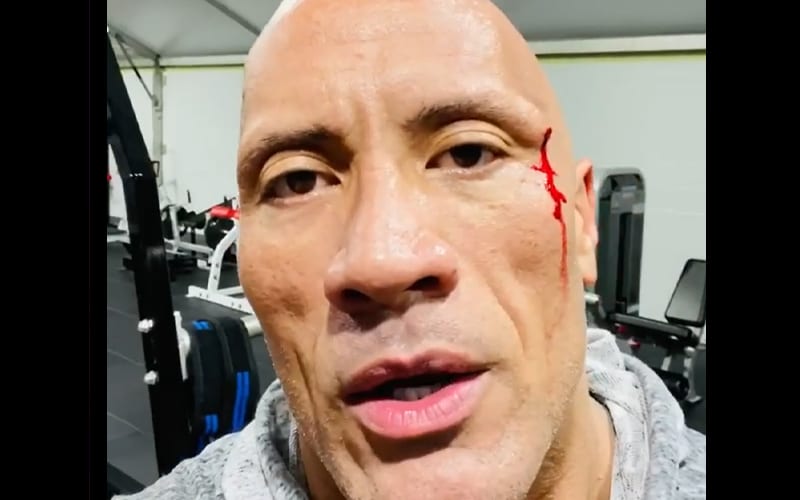 Dwayne Johnson is known for how hard he works out and he recent suffered a gym accident that left him tasting his own blood.

The Rock said that things can get intense in the “Iron Paradise,” but they aren’t playing games. He’s in the gym to work, and accidents can happen. After taking a taste of his own blood, Johnson said: “that’s good, that’s real good.”

The Great One uploaded a video to his Instagram page showing off a bloody gash on his face. He required stitches after this injury, but he didn’t let it get him down. Instead of whining about things, The Rock just licked his blood and got back to work.

We ain’t playin’ tiddlywinks and we ain’t reciting nursery rhymes – it’s called the #IronParadise for a reason and things get extremely intense.

Throwing around 50lb chains ⛓ for a drop set, until failure and sometimes you get lumped up and need stitches.

Taste your own blood, keep working out and stitch up later – rules of the house.

And I can confirm my blood tastes like Teremana, calluses and BlaMoan (black and samoan) Hot Sauce

The Rock has bled in the ring, but it’s another story when someone gets busted open the hard way. He also claims that his blood tastes just like Teremana, his brand of tequila, which brings up another slew of questions.