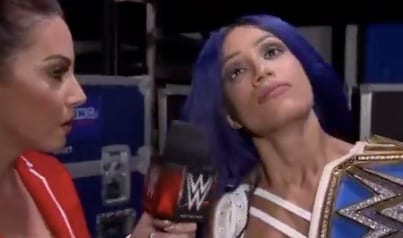 Last night at WWE Hell in a Cell, Sasha Banks was able to defeat her former best friend Bayley and regain the SmackDown Women’s Championship.

The two went to war inside the Cell and really did make their match feel as if the structure was necessary to contain the chaos that was happening within.

While there’s a good chance the two could wind up having a rematch in the not so distant future, Banks seems to be looking ahead to the plethora of other challengers for her newly-won title on the blue brand.

Banks is easily one of the best female wrestlers of her generation and as we look ahead to the future, it’s clear to see that she’s eager to keep proving that.